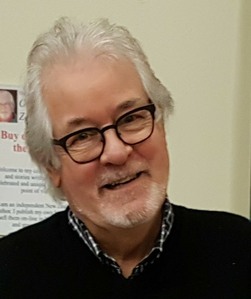 To The White Gate’, by Robert Philip Bolton, is a gorgeous, saga-like story of one man's grasp on life, growing up and living in Aotearoa (Maori for NEW ZEALAND). Unlike many books about this country which star the country itself, this rich and beautifully told story relies on its finely crafted dialogue and narrative to describe the characters and the locality to such an extent the reader does not want to leave that locality even for 'incidental' happenings such as WW2, so fine is the narrative.

Bolton describes himself as a life long writer. This he ably proves by writing simply and directly, the story of one man growing from childhood to old age, disappointment in love, going to war but having not a clue where or why, just going with the flow; finally, becoming a true fit for his learning, his feelings and his opinions.

But the novel does not meander. With page one the reader is in the safe hands of a master story teller who wastes no words on schmaltz or over-writing emotion. Instead Bolton convinces you of the truth of his writing by making his superbly formed characters achingly real. You want to keep turning the pages of the White Gate not just to see what is next, but because that is what the characters insist that you do. The dialogue and languageing are superb.

This book about Aotearoa, although written with a definite 'national' perspective, exists happily on the international stage of good writing, good characters and superb narrative. An excellent Book Club choice. Strongly recommended.

Beautifully written, emotionally evocative… lyrical and strong. Felt transported back to the time period; loved getting a taste of life back then, down under. Loved returning to the book every time I put it down; can't recommend it highly enough.

This is a great read!

This book takes the form of an elderly man’s recollections, starting with his early teenage years during the 1930s in Auckland, New Zealand.

With a beautiful and expansive public park, described in exquisite detail, as the anchor or central hub the story gently unfolds through to the turn of the century. There are many observations of the changing nature of life in New Zealand during that period of time and, as an ancient New Zealander myself, I recognised many of them instantly.

Tommy leaves school to work in the park plant nursery and grows into an intuitive man who is only really content when close to nature in his beloved park. Over the years he befriends a generous mix of flamboyant individuals who mostly have impressive artistic talents. He learns much from them (particularly from one mysterious wee fellow) and the development of knowledge and wisdom that sometimes comes with experience and advancing years is well portrayed.

And the ubiquitous White Gate plays its part with increasing regularity and clarity.

Yes, a good well researched book with great attention to detail and many examples of human nature at play in the small group of islands known locally as Aotearoa.
Highly recommended.

What others said about To The White Gate manuscript:

Anyone who read To The White Gate manuscript loved it, and I got some very flattering comments. For example...

The pace is like sitting in a garden in the sun, but that is the point. The writing is lovely. It is an effective, well-written novel.

How can one make a well-written and interesting book such as yours a success in a marketplace where people are seduced by the glitzy, shocking, chocolate box 'pick me' factor alongside so much to read for free on the web. I can't say we have the answer, and fiction has always been an incredibly uphill struggle in New Zealand where only cooking, sports and celebrity biographies sell consistently well.

I would have to write a book to tell you how much I enjoyed To The White Gate. I loved your strong characterisations, fell in love with your characters and with the inevitability of the narrative. Not only were your characters strong, the writing was strong. It led me unerringly thru’ the narrative, made me smile and made me cry. If I like a book I can’t wait to get back to it and I couldn’t wait to get back to this book.

I hope To The White Gate is a huge success for you, if not now, as a sleeper.  It should have a large readership because it is a very good book.

Thank you for To the White Gate.

It's a perfectly beautiful book.

To The White Gate

‘The pace is like sitting in a garden in the sun…’

‘The writing is lovely.’

In a park in an antipodean city in the 1930s a teenaged boy starts work as an apprentice nurseryman.

It's an idyllic world. Patient and unhurried, with a pace as predictable as the seasons. A miniature version of the pre-war colonial empire lying just beyond the park gates. But as secure as the park may seem it can't protect anyone, least of all Tommy, from the changing world outside.

There's a war coming. An unwanted baby and heartbreaking changes at home.

Through it all the park is a constant. A companion, a teacher, a home and a friend.

With it he grows, learning wisdom and patience, as the park brings him friendship, love, knowledge and family. Friendships that will take him far away from home; family that will nurture him throughout his life; and the knowledge to finally understand the park's mysterious white gate.

To The White Gate 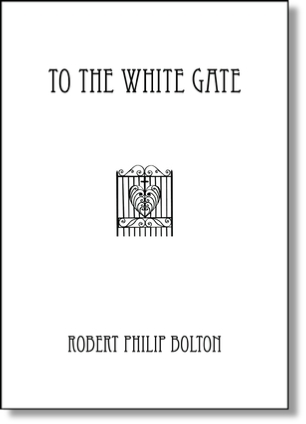 Buy Now
To The White Gate The Fine Art of Kindness My Marian Year The Boys and Men of Auckland's Mickey Rooney Gang Jacko. One Bloke. One Year. The Tapu Garden of Eden The Fable of Flicroft Point The Boltons of The Little Boltons Six Murders? Underneath The Arclight The Short Stories For Viktor
Photos